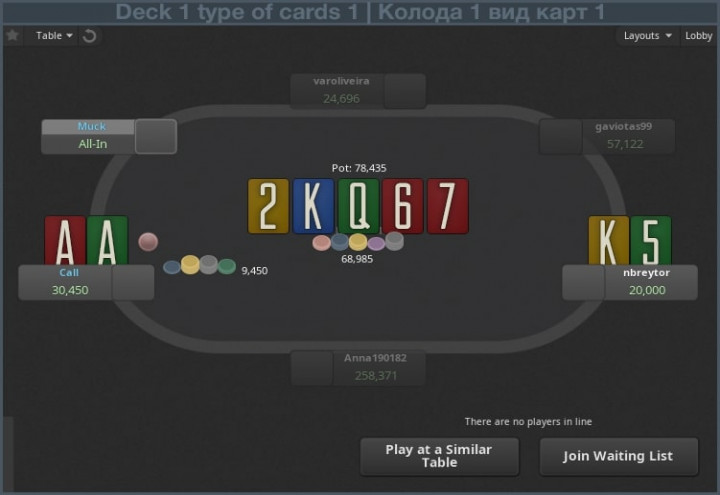 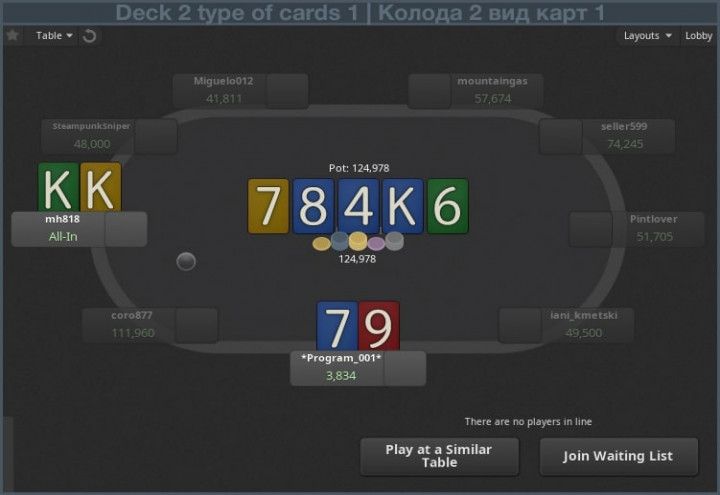 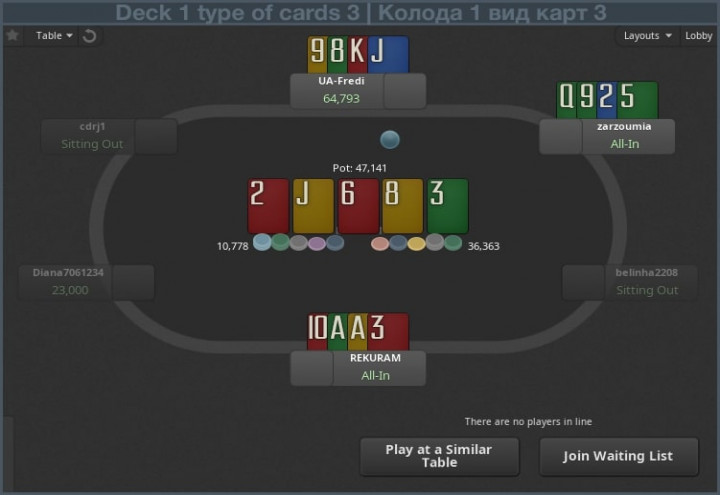 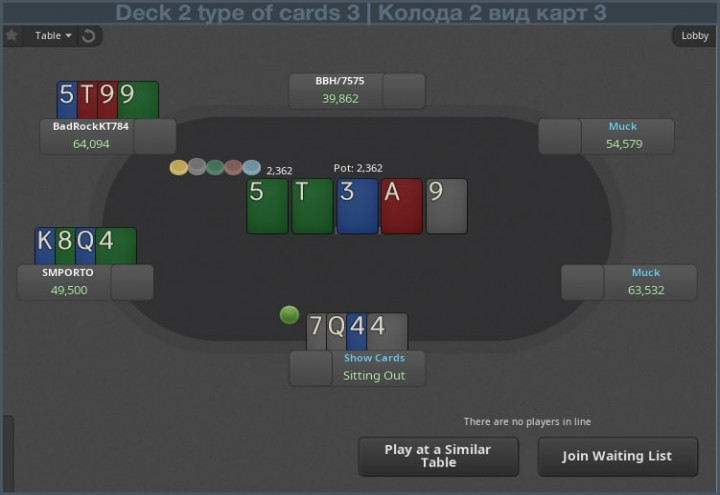 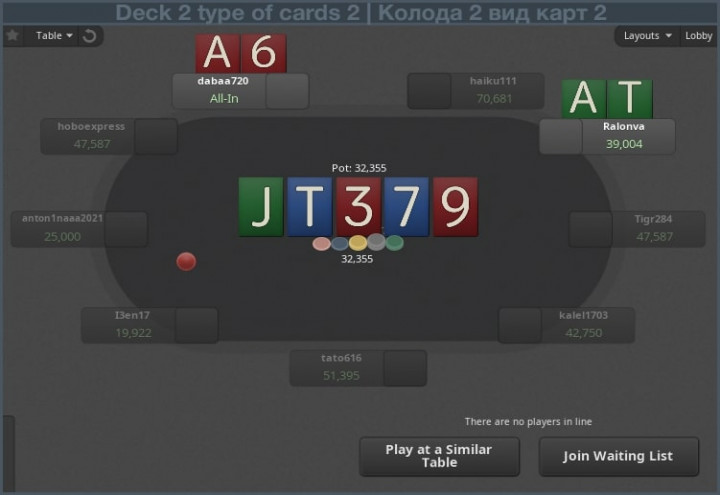 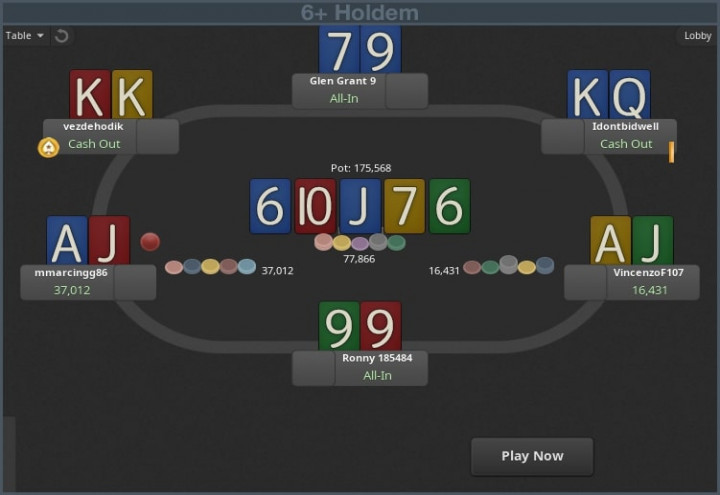 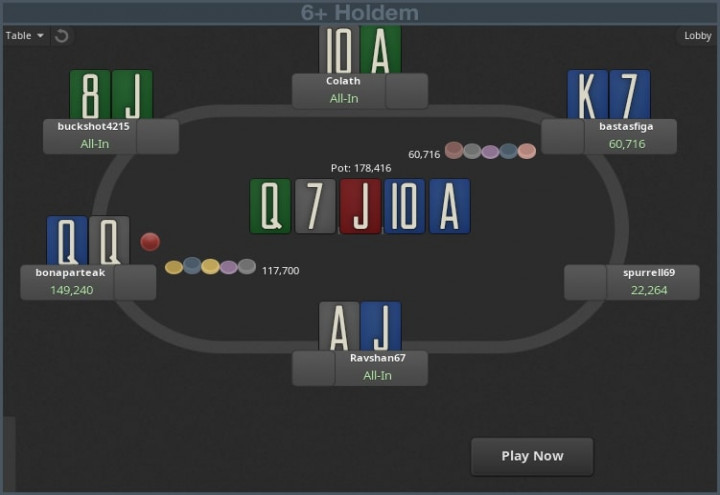 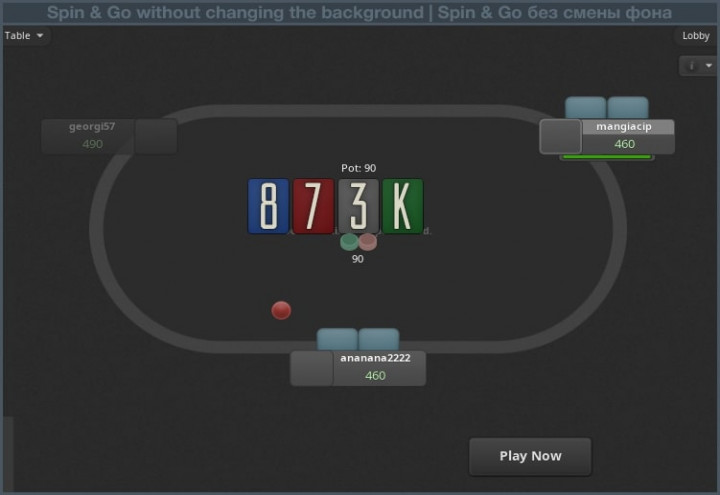 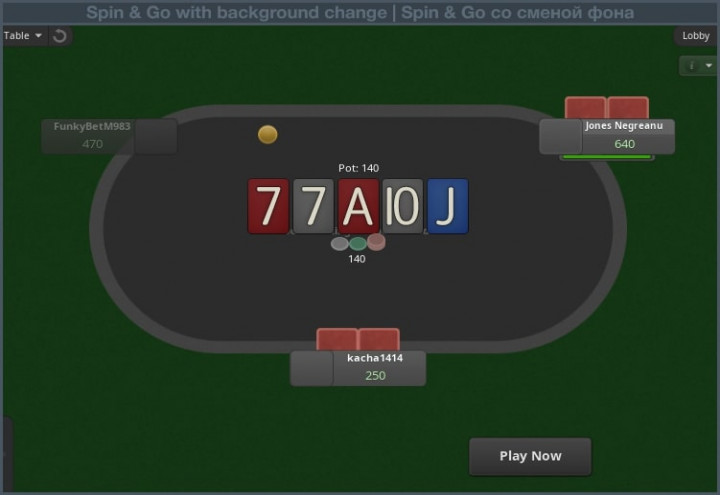 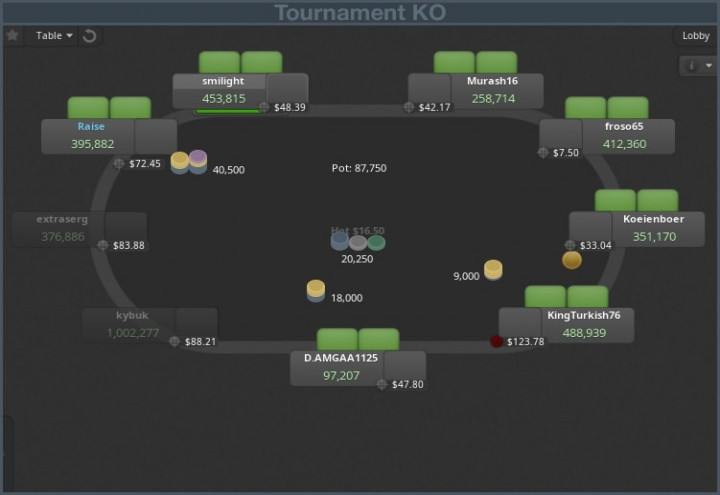 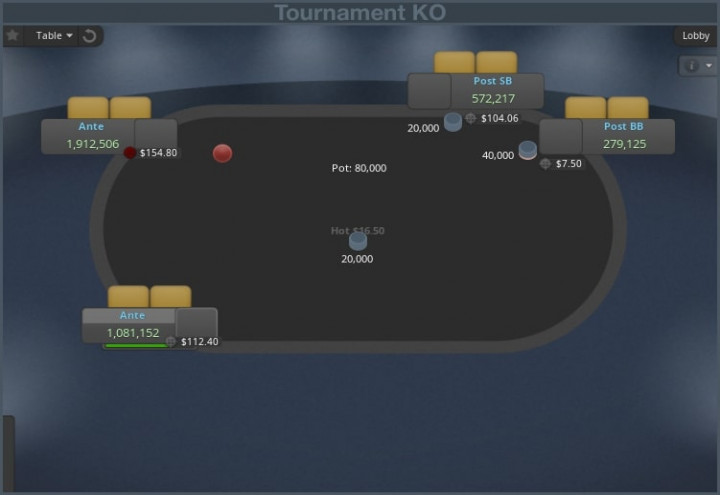 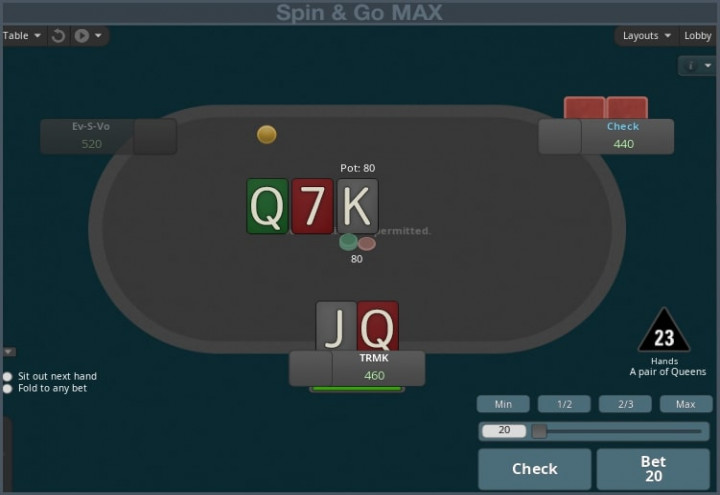 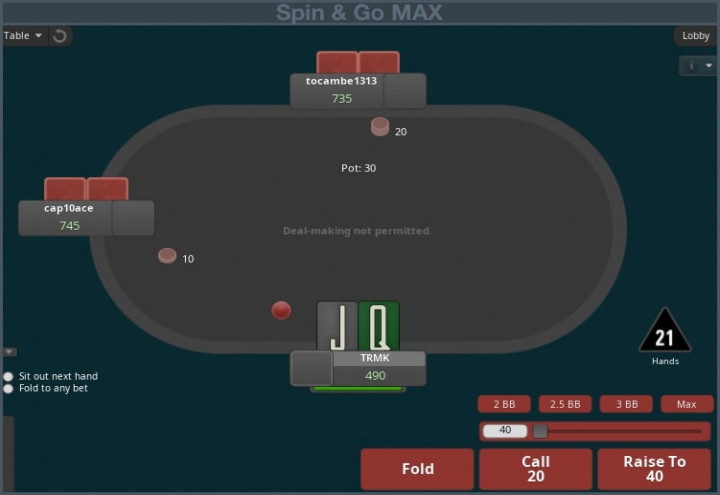 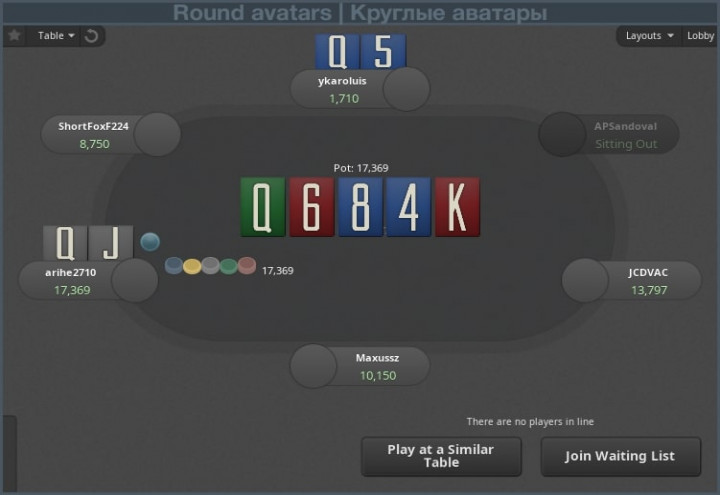 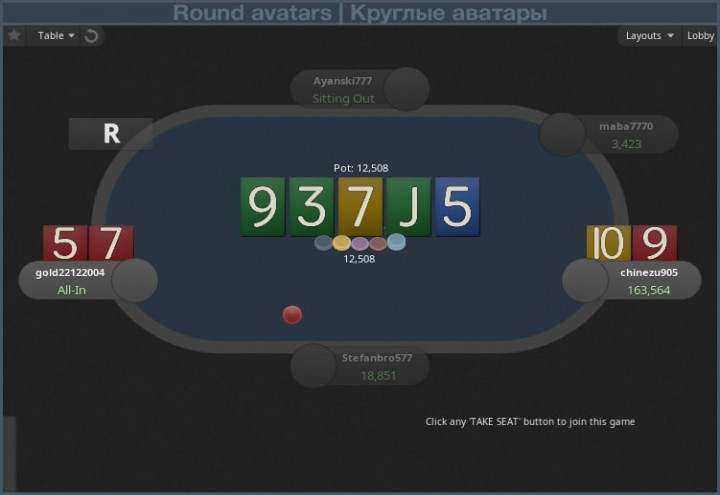 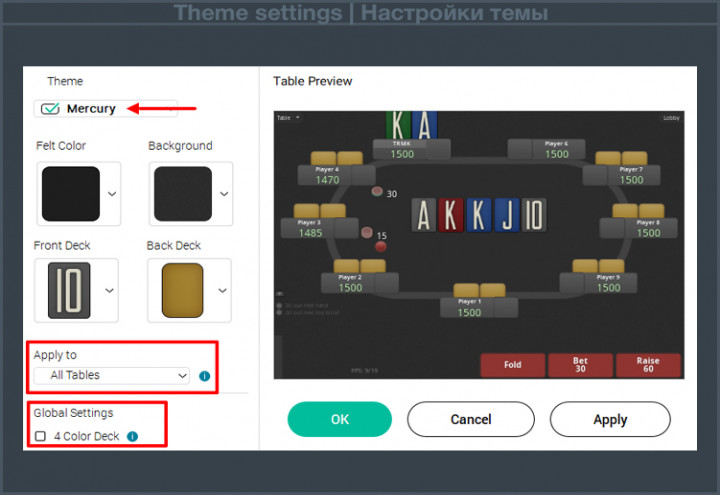 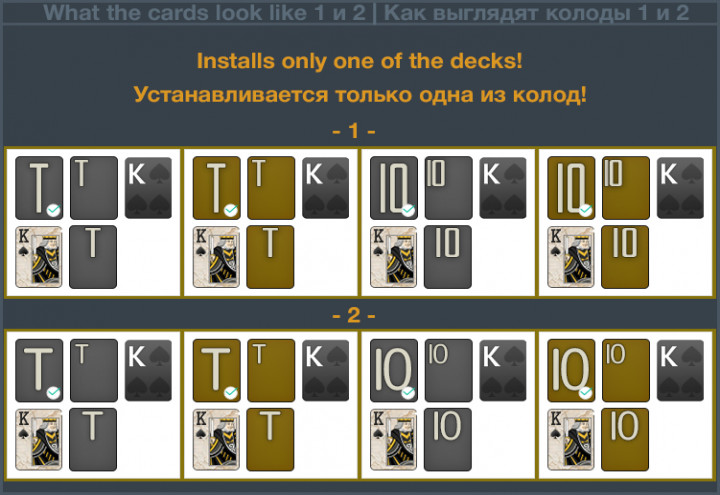 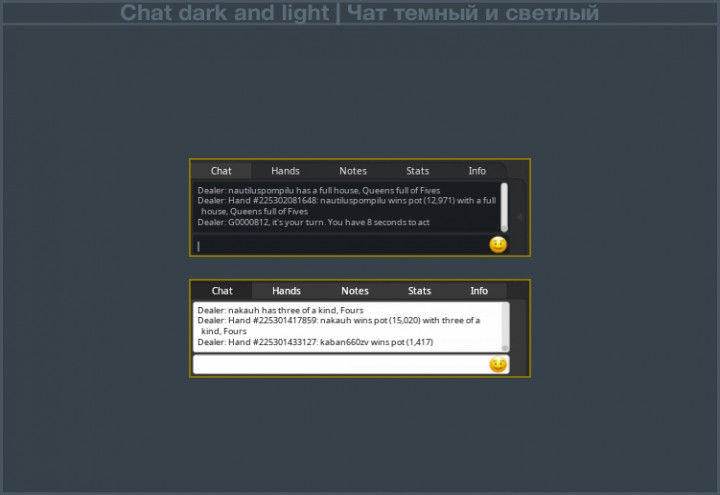 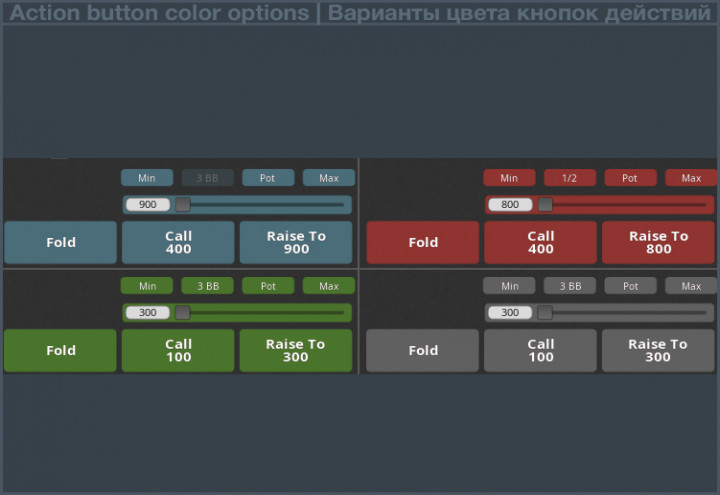 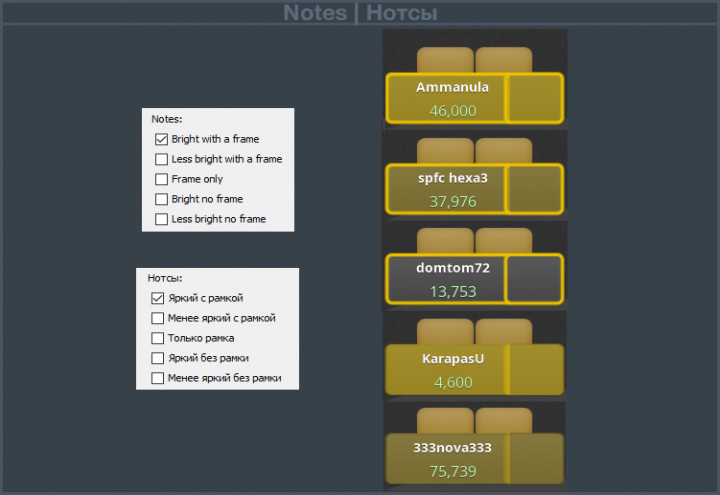 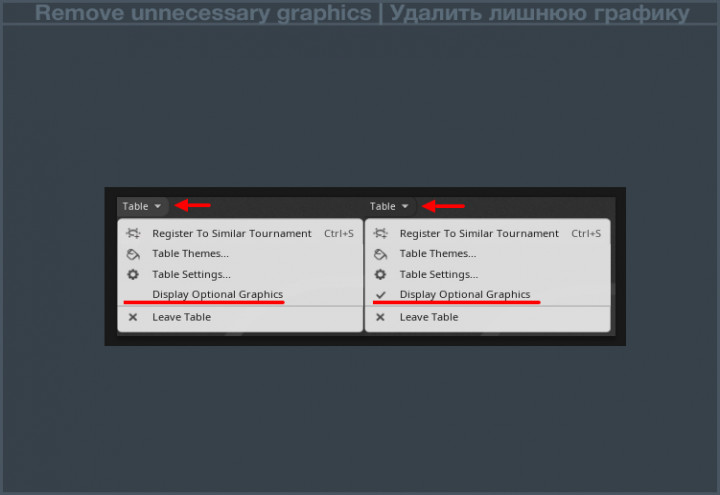 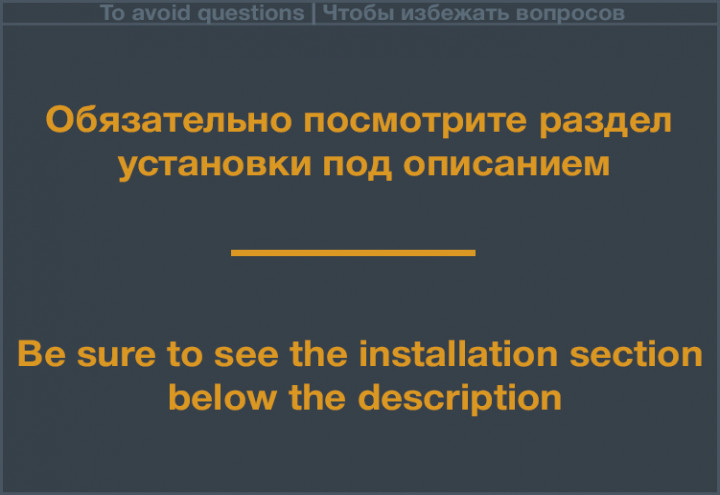 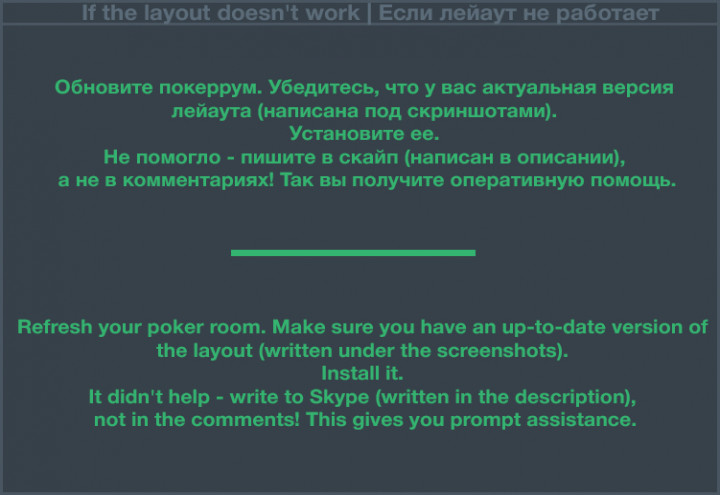 The current version of the layout: PS For Regulars (Aurora) 2.0 dated 08.19.22 (version history under the description)

She was expected, and she appeared! The topic that I was asked about. A theme for a long grind. Theme for regulars!

Layout is drawn especially for those who play a lot. Several conclusions were drawn from the survey. I think this topic will satisfy even the most picky player!

The theme supports all kinds of games in the room. Looks the same on all tables. Spin & Go MAX has an unchangeable background and shirt. In Spin & Go games, you can remove the changing background color depending on the multiplier upon installation.

Close attention is paid to all the elements present at the table. Everything was redrawn in one scale. There is nothing superfluous, like superfluous shadows and bulges. Screenshots add grain. In fact, everything is smooth and pleasing to the eye.

Cards: There are 2 types of decks in a set, only one is installed! Increased the visibility of cards for hold'em with a full-map index without the help of auxiliary programs like StarsCaption. Spades suit in yellow and gray and 10 in the form of 10 or T.

Both decks have three display options (all 3 are installed at once):

Cardback: Two types of backs in six colors. New and from the Comfortable theme.

Colors: According to a player survey, the preferred color for all is gray. He formed the basis of the whole theme.

Pods: Comfortable and non-irritating to the eyes, no frills. It turned out to be very pleasant! They have 2 types with rectangular and round avatars.

Button: 6 kinds of button. Colors are matched to each card back.

Tables: The table is in one version, but everyone who conducted the test said it was very successful. The cloth of the table can be changed.

Slider and Action Buttons: Traditionally in four colors. Can be combined.

Replaced the icons of the number of games played and removed the flying coins in the prizes. The backgrounds have been adapted and the upper panel has been corrected. To get old colors I recommend choosing the first color in the palette (gray). And any of 4 textures.

2. The basis is now one - "Mercury" with rectangular avatars (the ability to install pods with round avatars remains);

3. Added an option to prohibit changing the background color depending on the multiplier in Spin & Go games;

4. Hold'em cards are raised higher above the hearth without the need for auxiliary software !;

5. Changed the display of the queen in the deck with a large index for convenience.

6. Added the ability to install a chat with a light or dark background;

7. You can remove the animation of knockouts in tournaments;

8. Pods are slightly reduced in size;

9. Changed the shirts from the comfort theme to the updated ones.

01.21.21 Layout under the Aurora. Fixed a bug with a timebank under the players pod.

1. Added one more deck of cards for those who play with StarsCaption

10.29.20 Layout updated for the Aurora engine. + Replaced light chat with dark one. Don't forget to see the split setup and screenshots.

Up to this point, there have been 32 layout updates. I will not transfer from the old site, it will take up a lot of space.